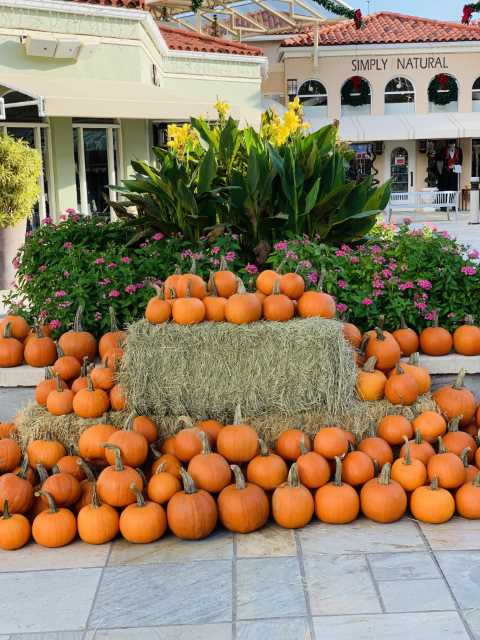 Another Frightfully Fun Monster Mash at The Village Shops on Venetian Bay!

On Saturday, October 26th, The Village Shops was all about tricks, treats, and the kiddos who helped make the day complete! The Monster Mash event had it all – costumes, kids, candy, and pumpkins galore! There was a creative costume every which way you turned from the current popular favorites of Paw Patrol, Baby Shark, Peppa Pig, and Octonauts…and of course the classic Disney costumes of Toy Story, Princesses, Minions, and more! By 10am on the dot, the little ones were fully engaged in the endless entertainment. The photo booth line immediately filled to capture a photo before the mad dash to fill up buckets with candy. The frightening families gathered around the camera and flashed their spookiest smiles. Every costume was caught on camera and each family received email and printed photo keepsakes. Families also snapped a picture at the miniature pumpkin patches on both the north and south side of The Village Shops. The cameras clicked and then it was a Halloween hunt to determine which pumpkin to decorate. Big one, small one, round one, tall one! There was a pumpkin for every personality. With the perfect pumpkin picked out, everyone bee lined to the decorating table. A pack of stickers was all that was needed to transform each pumpkin into Jack-o’-lanterns. Along with the craft tables, the balloon and face painting stations were never empty. Stroke after stroke for the painters and twist after twist for the balloon artists, masterpieces were made. The fun didn’t stop there! Throughout the duration of the event, little costumes bounced from shop to shop trick-or-treating. Between each stop, wrappers were wrinkling as the kids popped pieces of candy into their mouths. Fun was had, treats were consumed, photos were taken, all the contributing factors for a successful and scary good day on the Bay!