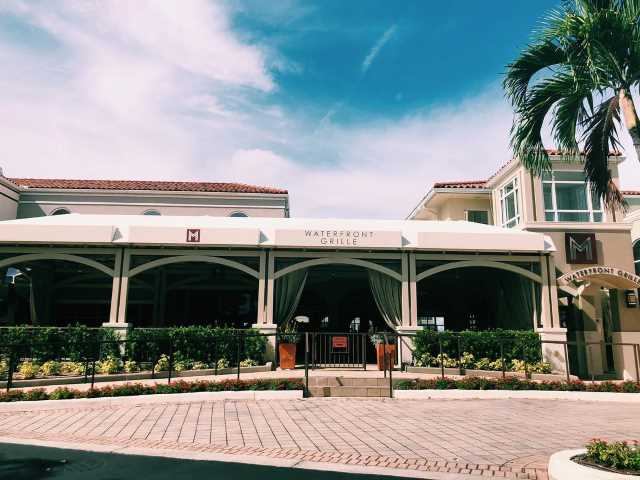 On December 1st, Florida Trend, an award-winning business magazine with a focus on travel, restaurants, innovation, and more, released their December issue. For over 50 years, the magazine’s December issue has featured the Golden Spoon Award, which recognizes the best places to dine in the state of Florida, demonstrated by consistency in high standards and longevity.

In 2020 (and for the second year in a row), The Village Shops’ very own, M Waterfront Grille was awarded among the eight Collier County and 14 Southwest Florida Golden Spoon restaurants recipients, ranking M as one of the top 100 restaurants in the state of Florida. This is a well-deserved and highly esteemed award for the local restaurant with a menu featuring Cutting Edge Continental Cuisine and a contemporary, yet refined atmosphere! That’s not all! It has been quite a month for M Waterfront Grille Restauranteur, Chris Sereno. Not only was Chris awarded the Florida Trend Golden Spoon Award but just three short weeks later he became a local hero, rescuing plane crash survivors just south of the Naples Pier on Saturday, December 19th.

While out boating with his daughter in Naples, Chris Sereno saw a rescue helicopter coming straight at them. The helicopter eventually approached the boat and Chris could see someone on board signaling for help. He decided to follow the helicopter which brought him to the back of a plane that had crashed into the water. Chris approached the sinking plane, seeing two people treading water, and took immediate action. Using emergency devices, Chris threw out a line and pulled the pilot and passenger to safety on his boat until emergency personnel arrived. For the full article and video detailing the heroic actions of M Waterfront Grille’s co-owner, visit https://nbc-2.com/news/local/2020/12/20/man-helps-rescue-two-passengers-from-plane-crash-near-naples-pier/.