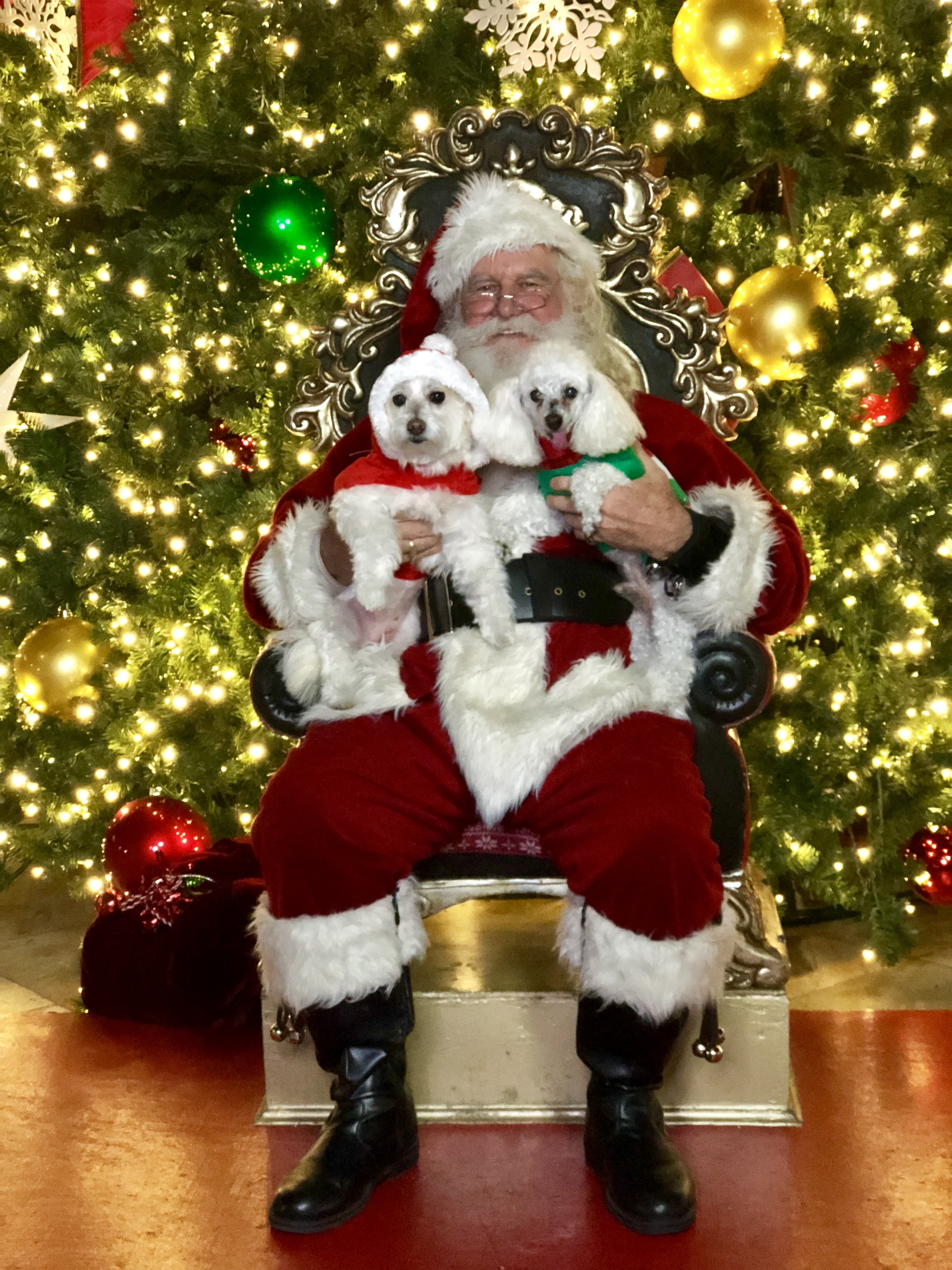 Santa Paws was a Treat at The Village Shops on Venetian Bay!

On Thursday, December 13th, Naples’ dog lovers brought their furry, four-legged family members for photos with Santa at The Village Shops. Dogs of all breeds, shapes, and sizes were dressed to impress wearing everything from holiday pajamas, Santa hats, antlers, bows, and more. The sound of playful pups could be heard in the background, as the line for Santa quickly grew longer. The dogs were the stars of the show all evening long with puparazzi taking photos from every angle. After being rewarded with a tasty treat from Santa, the dogs and owners received their complimentary printed and emailed photo. The carolers were then followed by Naples’ own, Kylie Gust, a young singer with a passion for charitable causes. This holiday season, Kylie recorded an album with 100% of the proceeds being donated to her three chosen charities: The Humane Society, St Jude’s and Wounded Warrior Project. Immediately after singing the first song, a crowd gathered around singing along to the festive favorites. As Kylie performed tracks from her album including “I Want a Hippopotamus for Christmas”, “Silent Night”, “Where Are You Christmas”, her CDs rapidly sold. Kylie’s album is available throughout the holiday season and can be purchased online by visiting https://www.kyliegust.com. The Humane Society mobile adoption bus, volunteers, and pets were also present at Santa Paws. The bus was filled with loving pets looking for fur-ever homes. The adorable, adoptable animals interacted with guests and even received their own special photo op with Santa Claus.