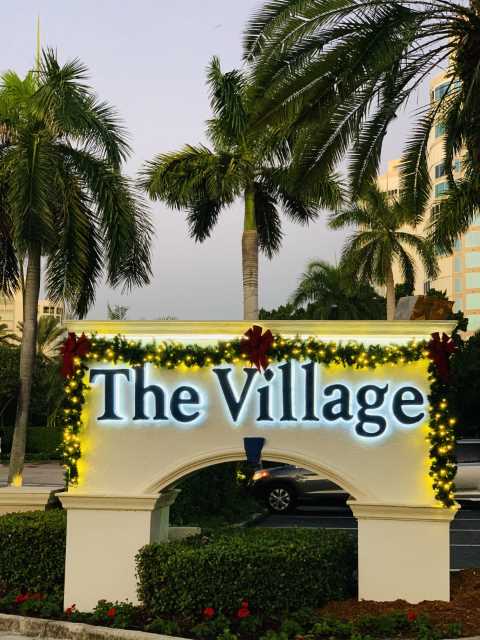 Wow! What a Weekend in Naples North Pole!

There is so much to be thankful for at The Village Shops…especially a full weekend of fun-filled events and four days of great savings at the Stroll & Shop!

Starting on Thursday, November 28th, a crowd of over 1,500 people was ready to start their Thanksgiving off on the right foot by joining The Village Shops for the annual Gobble Gobble Four Miler walk/run supporting St. Matthew’s House and 95210 Kids on the Go. By 7am, runners were stretching, securing their numbers, and heading to the start line. The National Anthem and countdown ensued, and then the runners were off! Through the 4-mile course and while crossing the finish line, runners were all smiles as they received their medals knowing they got in their morning cardio and could now enjoy a full Turkey feast with no regrets. Families, dressed in their holiday best, immediately bee lined for the Santa line for one-on-one time with the man in the big red suit and received complimentary printed and emailed family photos. All the while, visitors also enjoyed the additional ongoing entertainment including stories with Mrs. Claus, Dickens Carolers, face painting, balloon art, and more! The Kowiachobee Animal Preserve was excited to spend another holiday season at The Village Shops. They brought by their furry and reptile friends to visit and takephotos with guests. The animals, including the beloved Bengal Tiger, Sabeena, were a hit and were featured in many photos throughout the night. At 6pm, the talented dancers from Dance Arts By Maria took the stage to perform a variety of dance numbers – solos, duos, and group dances. The dancer’s sequined costumes sparkled across the stage as they stepped to the beat. The crowd circled around the stage clapping and singing along to each song. Leading up to 7pm, the anticipation grew as everyone awaited the Tree Lighting Ceremony. A countdown commenced and at 7pm, the tallest Christmas tree in Naples illuminated The Village with thousands of lights. Right on cue, it also began to snow, turning The Village into a true Winter Wonderland! On Saturday, November 30th, our favorite Christmas visitors – Santa, Mrs. Claus, Dickens Carolers, and Kowiachobee Animal Preserve – were back for another night of fun at the first Holiday on the Bay of the five-event series. Just as it had the previous night, the Naples forecast called for snow flurries. At 7pm, snow soared through the air, all around the beautifully lit Christmas tree, creating a picturesque holiday display! It was a magical weekend in Naples North Pole. Continue to join in the fun this holiday season at The Village Shops. Holiday on The Bay will be held every Saturday throughout December from 5-8pm and on Monday, December 24th from 2-5pm. See you there!